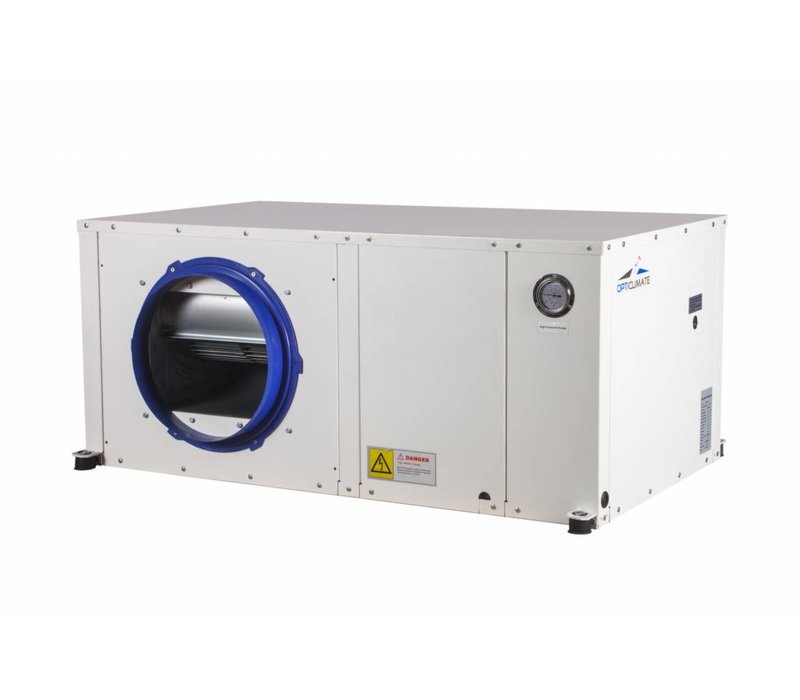 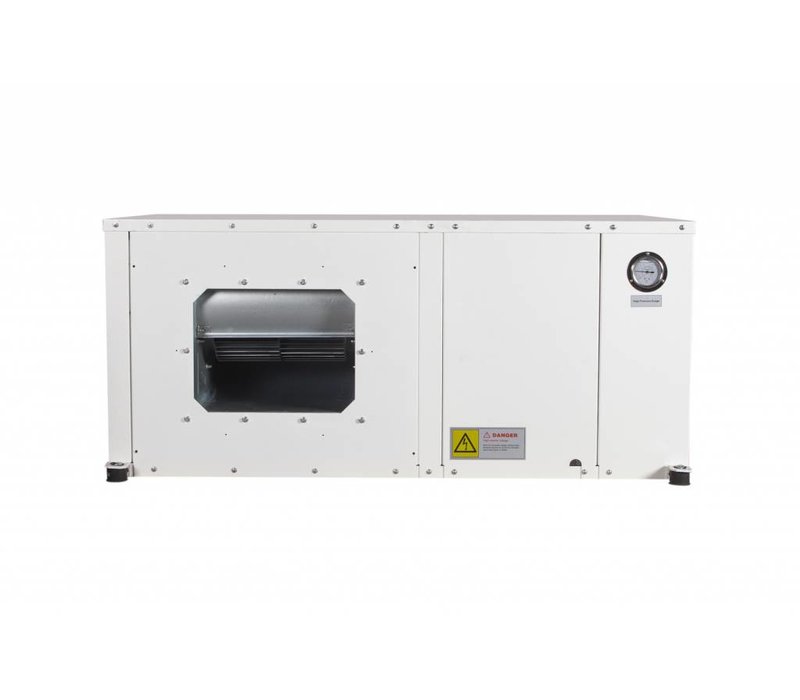 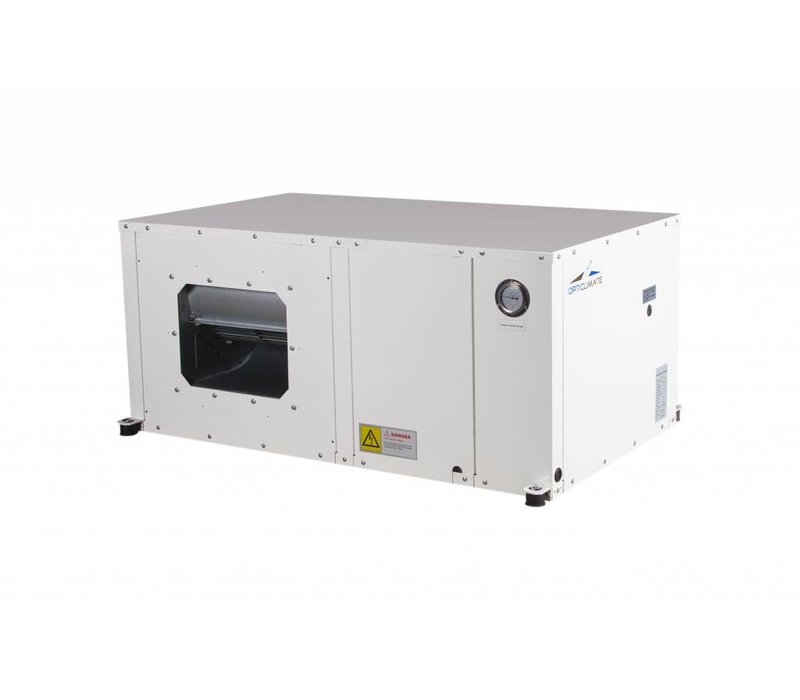 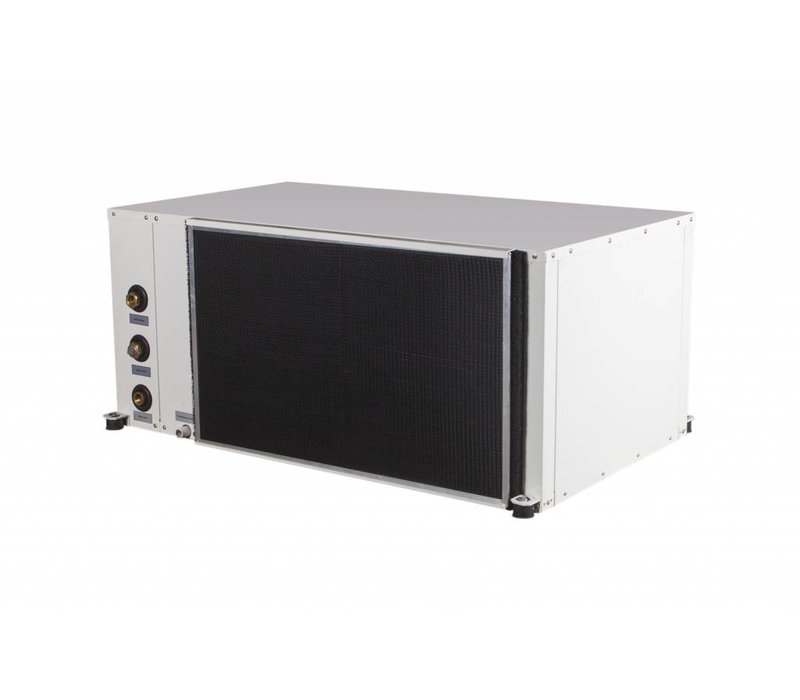 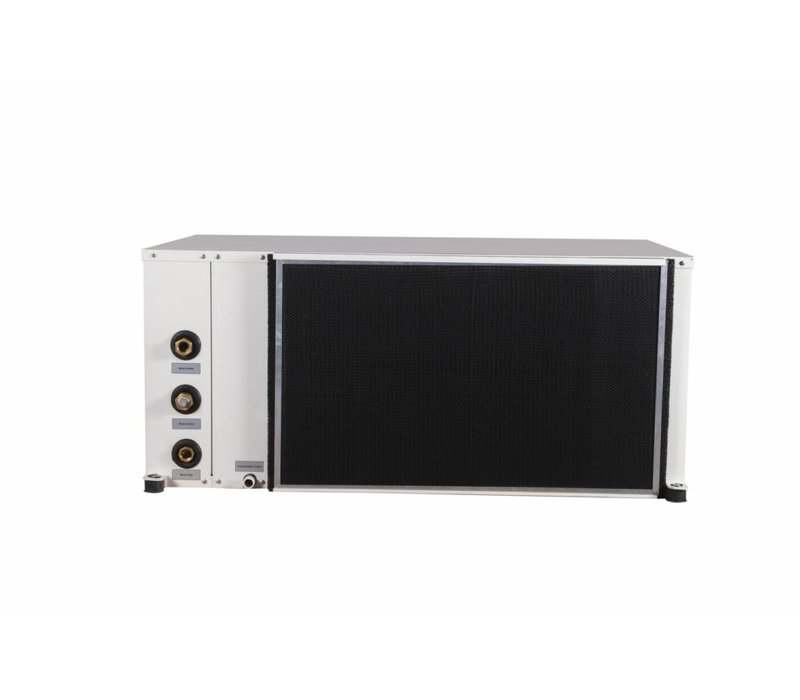 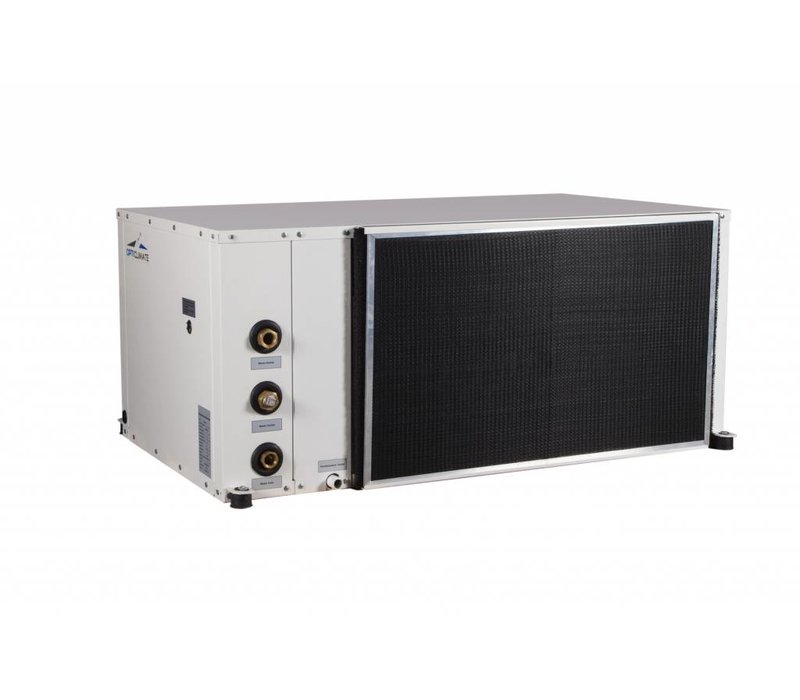 
Differences between the OptiClimate PRO3 and PRO4:

During cooling the air is dehumidified. This is a natural phenomenon.

The unit cools and dehumidifies the air. If the unit stops cooling, for example by overcapacity (the set temperature is reached) dehumidification will stop. The humidity will therefore rise for the period the unit doesn’t need to cool.

The OptiClimate PRO4 can also dehumidify when the set temperature is reached. This feature can be activated by setting menu D:32 on 1 (default is 0). When the desired temperature is reached, the unit will nevertheless continue to cool, but the heat that is normally emitted to the water will now be transferred to the air which comes out of the unit (the heat is recycled). As a result, there won’t be any water consumed at that time. The dehumidification is not regulated by the hygrostat but via setting menu D:32 on or off. The unit shall dehumidify at its max without taking account of the hygrostat.

In the case of the PRO4 it therefor doesn’t matter if the unit has overcapacity because it will continue to dehumidify in day mode even when the set temperature is reached.

The unit will cool to dehumidify if the set value at the hygrostat is reached. The cooling is partly offset by the electric heating elements in the unit. During dehumidification water is consumed + electric power for the heaters is used.

At night the OptiClimate PRO4 will also cool to dehumidify if the set value at the hygrostat is reached. However, the heat is not released into the water but is being transferred to the air that comes out of the unit. Therefor during dehumidification no water is consumed. The electric heating elements won’t be activated because the heat is recycled. During super dehumidification the unit will produce net heat, the outgoing air from the unit will be about 2-4C higher than the incoming air. This also ensures that the heating elements will be activated even less. Unless the minimum night temperature is achieved, for example because the outside temperature is very low, the heating will be activated.

The fuses and pipe diameters must be equal to PRO2 or PRO3.

Inverter
Inverter technology ensures smooth control of temperature and humidity. Thanks to the inverter, the OptiClimate is able to continuously adjust the temperature continuously at the set temperature. OptiClimate inverter responds instantly to the smallest differences between the set and actual temperature. The technique prevents that the compressor continously turns on and off on and turn in order to prevent electricity peaks. This allows the OptiClimate inverter to consume less water and energy and creates a more uniform temperature and humidity as well. This technique also has a 'soft-start' function which increases the speed of the compressor in order to preven high start-up electricity. 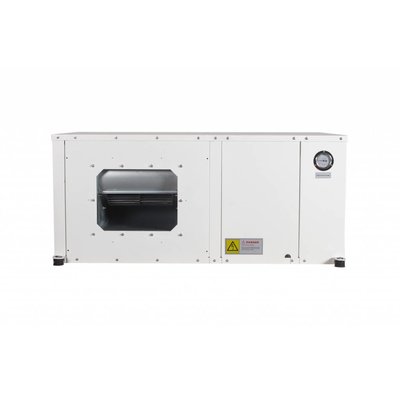